My house flooded last Thursday night.  We’ve had a little water come in once before which pooled in the laundry and kitchen and that’s how it started on Thursday.  I did the normal thing, which was to stuff towels under the back and side doors and across the kitchen doorway.  Two hours later I came downstairs and there was enough water in the hallway to cover my feet.

Things weren’t much better in the hallway: 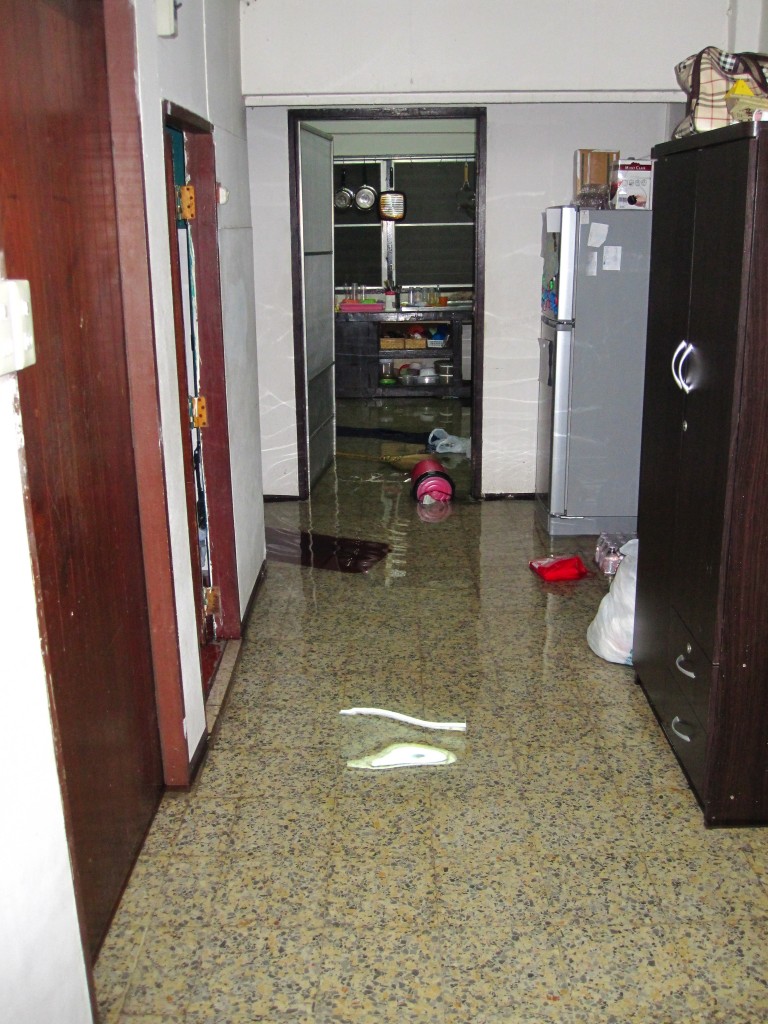 I took these photos after unplugging everything that was underwater, fishing out the vacuum cleaner and leaving it to drain and sorting out anything else that was going to get wrecked by immersion.

Being radical and unconventional, our bathroom doesn’t have a drainage plug in the floor, it’s got a hole in the wall at floor level.  This has the benefits of poorly draining water from your shower, making the bathroom a bugger to keep clean, but also means that when it floods the water has an easy entry to the house.  Guess what I forgot to plug. 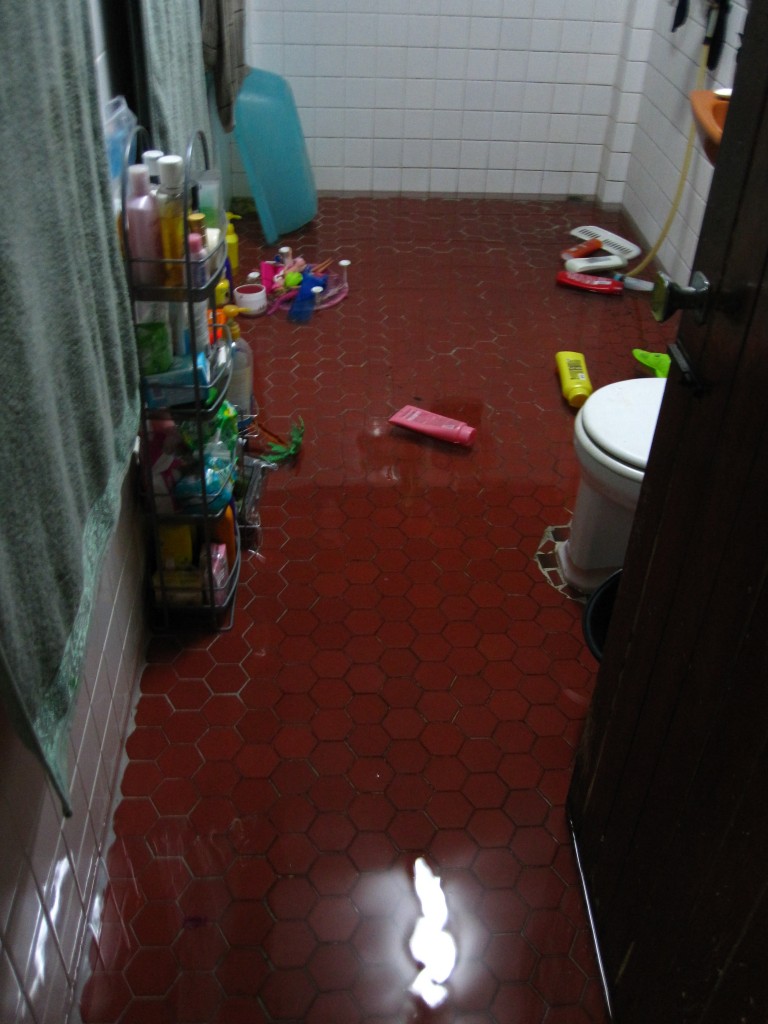 I can tell you that it’s pretty weird having a shower ankle deep in floodwater.

The living room, the highest and most expensive part of the house was also innundated.  You can’t really see it from this photo, but the water’s up around the castors of that office chair.  You may notice the eerie mirrored surface of the floor.

Now let’s have a look outside.  My yard  has been flooded pretty much continuously since it’s started seriously raining.  It’s been kind of weird washing paint brushes with the hose ankle deep in muddy water.

So in the end not much damage was done, although there’s been a lot of cleanup of floating garbage and the like.  I’ve got some sandbags so we’ll see how things fare next time.