So the little EEE died. The battery died years ago but it wouldn’t start without it and now it won’t turn on at all. This site is on some old hosting until I can find a better home for it. I don’t have any old machines that I can turn into a webserver — there was an old Compaq desktop at home but it fell off the wall when someone closed the door too hard. Anyway, stay turned. 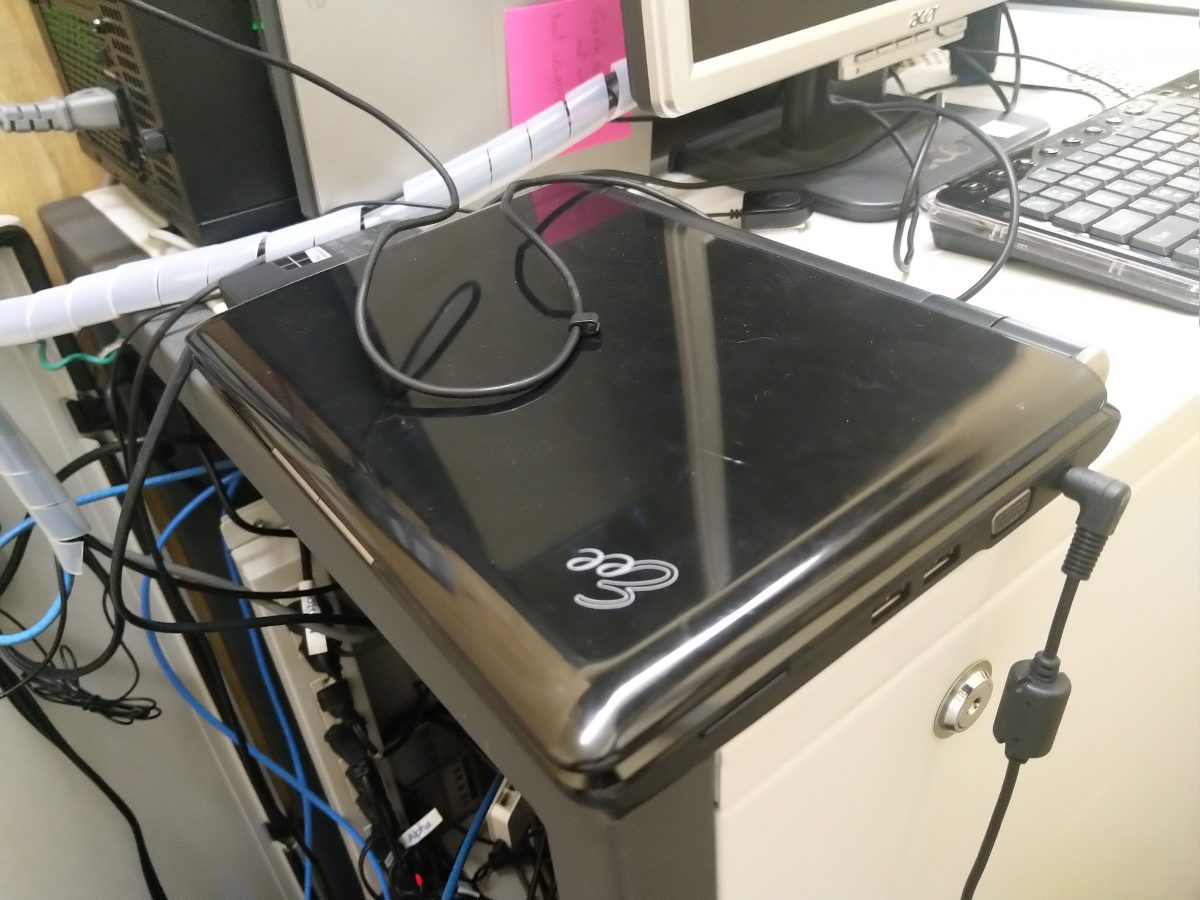 So I thought I was pretty fancy getting a .name domain in my own name back in the day and threw up this WordPress site. After a year or two I decided I didn’t want to pay USD57 for another year’s hosting. I’m a first-generation web developer, I know how to make web host. Now, six years later, I have finally got around to it.

Our glorious host is an old EEE portable that was lying around in the office. It used to run XP but now it’s on Ubuntu and running Nginx. It’s not much but it does do a shockingly well job of running WordPress, which is famously heavy on the processor. This Intel Atom’s twin cores seem to be doing the job OK for now, but I’d ask casual browsers to take turns accessing the site or I’ll have to take the EEE with the broken screen out of the closet and make it the MySQL server.